THE RISE OF RIGHT-WING EXTREMISM 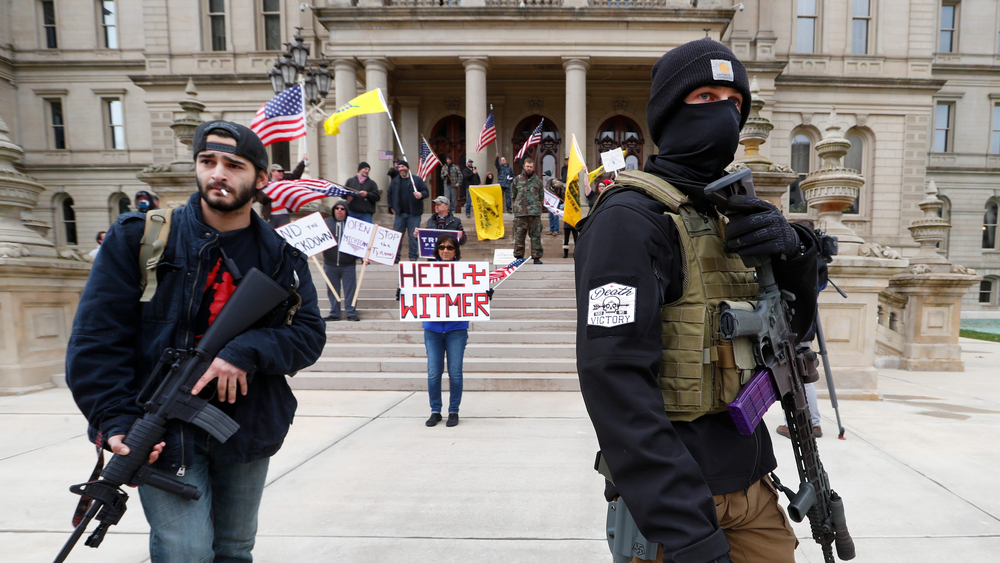 Yesterday I woke to the news of terrorists storming Capitol Hill in Washington DC.

They’re not an angry mob.

There is no universal definition of a terrorist or terrorism. The United Nations describes it as “…acts of violence that target civilians in the pursuit of political or ideological aims.”

The FBI defines domestic terrorism as “Violent, criminal acts committed by individuals and/or groups to further ideological goals stemming from domestic influences, such as those of a political, religious, social, racial, or environmental nature.”

Let me walk you through why I think they’re terrorists:

These people are far-right extremists whose aim is to disrupt the rule of law and create chaos. They want to coerce the government into setting aside the democratically held, US Presidential election results. They did this under the guise that the election was stolen from them.

It’s easy for us to sit in our loungerooms, shake our heads and be shocked at what is transpiring in the US. We can say this is a US problem, that it was caused by Trump and his quest for power. But it is not just an issue in America. It could have just as easily happened anywhere globally; it could play out right here in Australia.

The rise of right-wing extremism

I wrote a policy brief late last year for an assignment based on countering violent extremism in women and girls after learning about the growth in far-right extremism.

When we think of terrorists, we focus on Islamic-based groups. Because that is what the news and politicians consistently warn us about. However, extreme far-right terrorism has increased by 320% in the past five years. And this increase is primarily focused in Western countries[1].

And let’s not forget the past 4 years which has seen the rise of Trumpism.

RWE are complex movements of groups and individuals driven by white supremacy and nationalism.  They circulate beliefs of racism, anti-Semitism, and hatred towards minority groups.

RWE groups have harnessed the use of the internet to spread their ideologies, incite fear, and encourage violent acts.

ASIO’s 2019-2020 annual report notes the increased growth in targeting youth via online services. They utilise online platforms: forums, Facebook, Instagram, Snapchat, and YouTube to recruit vulnerable individuals. The COVID-19 pandemic has further exacerbated the issue due to increased isolation and internet use.

While most research focuses on men, there is growing literature on the involvement of women in RWE. The media often portrays women as victims or being coerced. However, research shows that women are active agents for right-wing terrorism. They actively participate in spreading right-wing ideologies, which are focused on the traditional role of women and rejecting the feminist theory. If you would like to see an example of white nationalist propaganda, Google Lana Lokteff[5] or Lauren Southern. I would typically provide a link at this point, but I just can’t bring myself to link either one to my blog!

Gendered messages are used in recruitment as each group has unique motivations pushing and pulling them towards RWE. The drivers of young women to RWE groups include feelings of isolation and disenchantment. Right-wing groups spread propaganda via online channels offering these women status, an opportunity to belong, a family, and security.

Young women are particularly vulnerable to online radicalisation due to 24/7 internet access, high social media usage, the rise of influencers, and gender-specific recruitment tactics. Just have a look at the usage stats in the infographic:

Men are driven by ideals and gendered stereotypes as to what it means to be a man. White supremacist groups (like Qanon, Proud Boys, and the Lads Society) generally have deep-seated misogynistic views. They target disgruntled men, who fear losing their masculinity and want to return the traditional patriarchal model.

Even though these right-wing movements pursue a nationalistic agenda, they are transnational. Different groups are often connected throughout the world. They utilise technology and media sharing platforms to circulate their messages.

What can we do? We need to build social cohesion and challenge these extremist ideologies. Countering violence extremism responses require a gender-sensitive approach as the experience of women, men, girls, and boys differ. Approaches should not reinforce gender stereotypes but rather empower women and promote social inclusion[6].

The cost of terrorism is high and varied.

It causes injury and death.

It reduces investment and economic growth.

And, as we saw yesterday, it sends an arrow through the heart of democracy.

Congress has since certified Joe Biden as the next President with Trump defeated 306 to 232. I only hope Biden has the fortitude to heal a broken country.

What did you think of the video and photos coming out of Washington yesterday?

Or perhaps you wish to share your views on far-right extremism and how they can infiltrate our homes via social media.

[1] The perpetrator pleaded guilty to 51 charges of murder, 40 charges of attempted murder and 1 count of terrorism. He was sentenced to life without parole, the first sentence of its kind in New Zealand.

[2] The motivation of the accused is thought to be a response to the invasion of the US by Hispanics. It is argued he was motivated by Trump’s declaration he would cut down in immigrants coming into the US and the 2019 Christchurch shootings. The accused is charged with numerous hate crimes and is currently awaiting trial.

[3] The attacker was sentenced to life in prison for the murder of Heather Heyer and 419 years for federal hate crimes.

[4] The perpetrator died in the attack.

You have Successfully Subscribed!